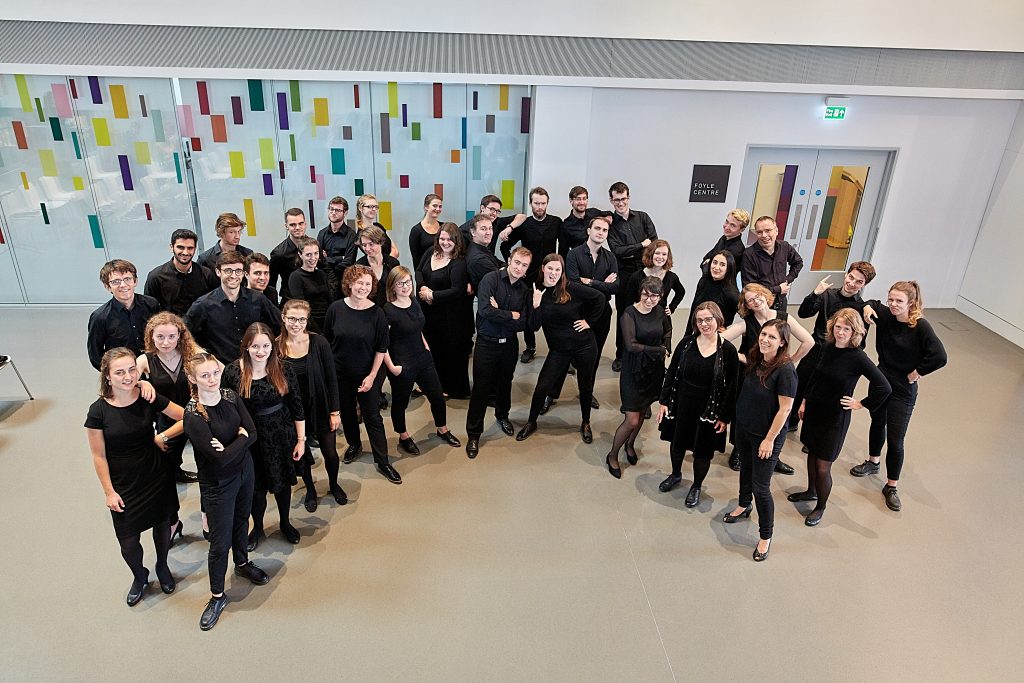 can i buy Lyrica online August 2017.  Evoke is in full party mode after the final concert at the Worcester summer programme with Voces Academy.  Jan Wilke is there, he leans over to me and says…

‘Why don’t we do a joint project with our choirs?’

And so began the journey of our friendship exchange with the Anglistenchor Heidelberg.  All of my best work is done at the pub…

More than a year since the very first idea bloomed, we welcomed our German friends to London on the 25th September 2018.  And so it began!  We came together for our first rehearsal on the Wednesday evening, a little unsure what to expect but hugely excited.  Would the choirs mix, how would they sound together, is the programme going to work, do we have enough time?  The concerns of a conductor… but they were irrelevant.  It quickly became apparent that this was going to be a very special event for Evoke, both socially and musically. 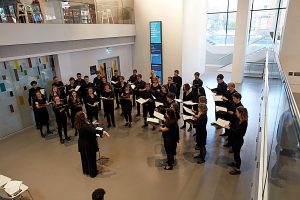 We presented two fantastic performances with a programme that included Howells’ Requiem, MacMillan Miserere and the stunningly beautiful Wie liegt die Stadt so wüst (if you don’t know it, listening is highly recommended!).  The first was on Friday 28th Sept at St Botolph-without-Bishopsgate as part of the Brandenburg Choral Festival of London.  After an initial shock at the rather limited floor space and some creative thinking on how to solve this, we gave a brilliant performance to a very appreciative audience.  The next day we changed mood and went to the National Army Museum to charm their visitors with our song.

With the performances done, we finished the week in the same way it began all that time ago – with a PARTY! 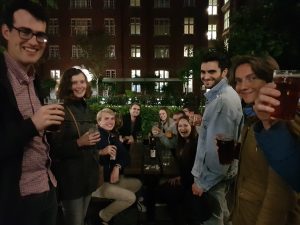 The Anglistenchor visit has been a highlight of the 2018 programme.  The cross-border friendships that have been born are heartwarming, understanding beyond a doubt that singers are the same throughout the

world. And most satisfying of all, the realisation that if we had been born 100 years earlier we would have been at war with each other – hearts full of fear and hatred.  And it is so much more satisfying to make beautiful music together.

We’re very much looking forward to returning the visit later in October.  Watch out Heidelberg – Evoke is coming!